“Pink Cadillac, cruising down the street…,” Mom would sing and do her signature shimmy, as we drove down the street in her blue Chevy Nova to another Tupperware party in a nearby town. Mom wanted the pink Cadillac—that was the big prize if you worked your way up being a top-performing Regional Manager in Tupperware. I can still remember going with her to pick up her orders, meeting her manager, Enid at the distribution center.

“You should be proud, it’s a hard thing to do what your mom has done,” Enid said. She didn’t need to tell me; I was so proud. I nodded, a big smile on my face.

This week, coinciding with American Business Women’s Day, American Express released a new study about women business owners, based on information from 2014-2019. There are some pretty exciting numbers, like while the growth rate for the average business was 9%, for women-owned businesses it was over double that at 21%. Women are starting new businesses at a rate of about 1,800 new businesses per day. Businesses owned by women of color specifically grew by 43%! Women of color now account for 50% of all women-owned businesses!

Hot damn! This makes me so fucking happy.

Women’s economic independence is something I’ve been thinking a lot about lately. And for the record, it doesn’t always mean owning your own business, of course. Though more often than the past, I think our economic and social systems—and serious lack of living wages—make it harder than before to have a financially rewarding career in a traditional job setting. But that’s a conversation for another time.

What’s important is that we’re seeing a change, a rising tide of women taking control of our futures, stepping into the innate power we’ve always had, but haven’t been able (for a multitude of reasons inward and outward) to excel in before. When we see people who are like us, refusing to lay low, opening up to their power, and taking action, it can open up the same in us.

Again, this is why representation matters.

And as we know, sad as it may be, in America—“he” who holds the gold makes the rules. We’re about to change all the rules, biatch!

As I thought about these amazing stats, I tried to recall the first time I saw a woman being successful in her career. At first, I thought it was the owner of the preschool I once worked at, or maybe the first woman I met who was my age at the time and owned a marketing firm. But no, I was pleasantly surprised to realize it was my own mama. And all those emotions—of being amazed and proud of her—came flooding back. Suddenly I was a little girl again, marveling at how my mom had done it.

Mom never did get the pink Cadillac, she left Tupperware shortly after—I’m not sure why. But a few years later she did buy herself a pale lime Cadillac Fleetwood Brougham “boat” as we called it. It had all the bells and whistles—power seats and windows, even cruise control! Sure, it was used like all our family cars but it was, after all, a Cadillac. My little brother and I would lean over and whisper, “Cadillac style!” and giggle till our tummies hurt.

I’m not sure if Mom realized it then, but she was planting a seed, not just for me, but for my brother too (now a proud feminist), the idea that women could sell, and could build success outside the home too.

I think that’s why I’m so excited to see the surge in women-owned businesses. The more visible we are, the more we empower other women to pursue economic independence alongside their dreams—I believe both are equally important, btw. I’ve never been particularly inspired by people who achieve amazing career success at the expense of their relationships with loved ones. That’s not my concept of success.

And then, let’s take it a step further and think about how we might be able to inspire other women and girls, just by putting ourselves out there a bit more or perhaps even advocating for other women.

I’m excited to see how the world will change as women gain more economic, political, and leadership power. This is our time, sisters let’s stop playing small and step into the power we know deep down (beneath the self-doubt and fear) is waiting to be unfurled.

Could you use some inspiration?

Sign up for my monthly emails. I'm not talking about sending you some bullshit-life-is-all-flowers-and-rainbows inspirations. I send real-talk about staying motivated and determined to live your dreams.

I promise I'll only send good things. So join up. I'd love to have you with us! ~Andrea

Success! Now check your email to confirm your subscription to my list. 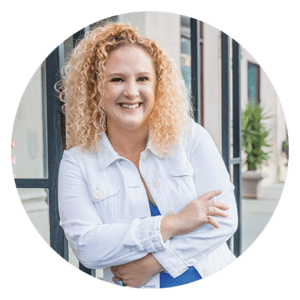 Understanding the Customer Journey (How to Charge More for Your Work, Pt. 2...

Q & A:
Should I have a book or author photo as my profile picture?
Scroll to top